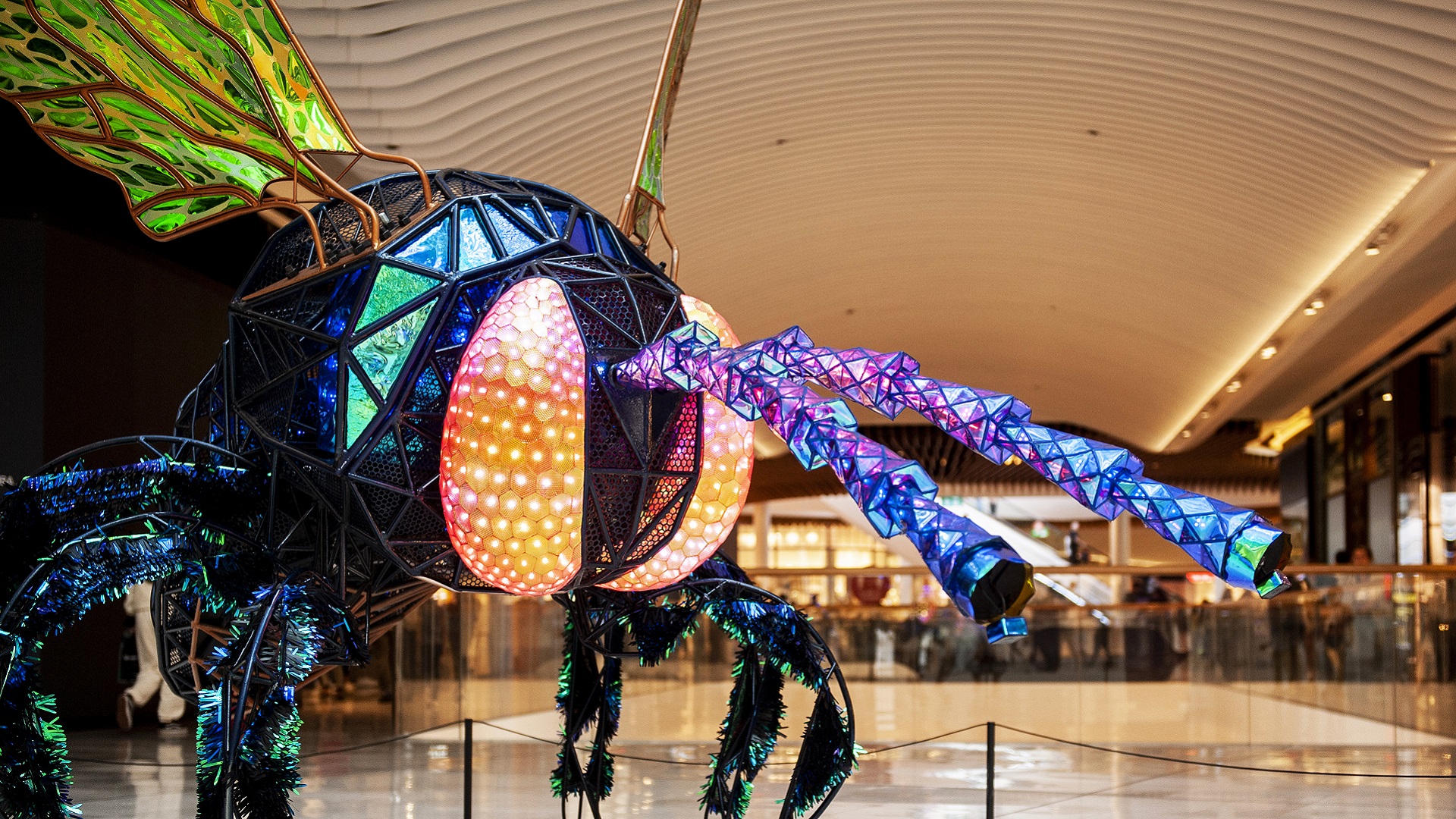 Mini Beasts
Neon Cuckoo Bee
Buzz about on Level 2, near Goldelucks, and see if you can track down our Neon Cuckoo Bee.
Published 22 June

If you’ve ever seen what looks to be a blue bee, chances are it was a cuckoo bee. The Neon Cuckoo Bee is one of the most distinctive of the species. It’s iridescent blue and black colouration is emphasised beautifully in the sunlight.

Buzz about on Level 2, near Goldelucks and see if you can track down ours. And don’t worry about getting stung; place a hand over its antenna and bee pleasantly surprised.

Cuckoo bees do not build their own nests but instead rely on other bees to raise their young by laying their eggs in the nests of other species. Gently hover your hand over the front of each of the bee's antenna to watch them light up! Article
L'Occitane: Refill For The Future
LOccitane
Published on 01 June, 2022